Hobart, 28 April, 2022 - Nyrstar Australia, a multi-metals processing and manufacturing business, today announced that, with the support of the Federal Coalition and the Tasmanian State Government, it will invest in the construction of a new Electrolysis Plant at the company’s ‘Zinc Works’ operations in Hobart, ensuring a long-term future for metals refining in Australia.

The development of the new electrolysis plant will secure the future of 500 direct jobs in Tasmania and in total approximately 1,600 direct jobs and over 5,000 indirect jobs across Nyrstar’s Australian operations in both Hobart and Port Pirie, the hometowns of Nyrstar Australia’s interlinked operations.

The new Electrolysis Plant will incorporate the latest technology that will enable a step change in the performance of the Zinc Works in Hobart, increasing the competitiveness of high-quality Australian zinc across international markets and enabling greater recovery of minerals and metals at the company’s Port Pirie facility in South Australia.

The project is estimated to require an investment of approximately AU$400 million in total, including the Federal Coalition’s commitment of AU$50 million and Tasmanian Government funding of AU$20 million.

The project will take approximately 28 months from commencement and will employ 200 people at the peak of construction.

Nyrstar’s Vice-President Australian Operations, Dale Webb, said “Nyrstar Australia has received strong support for the development of the new Electrolysis Plant from both within Tasmania and at a national level. Today’s announcement reflects this support and the growing recognition of the critical role that zinc plays in economies around the world, the importance of investing to maximise the value of Australia’s minerals and the ongoing contribution Nyrstar makes to the local economy.

“Zinc is a critical mineral for the transition to a low carbon world, prolonging the useful life of steel in buildings, improving the performance of solar cells and playing a vital role in a wide range of industrial and agricultural uses that are critical to livelihoods and the global economy.

“Hobart’s Zinc Works, as it is known locally, has been operating for over 100 years and works with Nyrstar Australia’s Port Pirie multi-metals refining facility to enable a greater recovery of minerals and metals that are important to global supply chains.

“Tasmania’s renewable energy means that investment in our Hobart operations is also an investment in lower carbon zinc production. In a world seeking to decarbonise that creates a distinct advantage for Australian zinc in an increasingly competitive international market,” he said.

The project has received regulatory approvals from the Environment Protection Authority of Tasmania and the Glenorchy City Council.﻿ 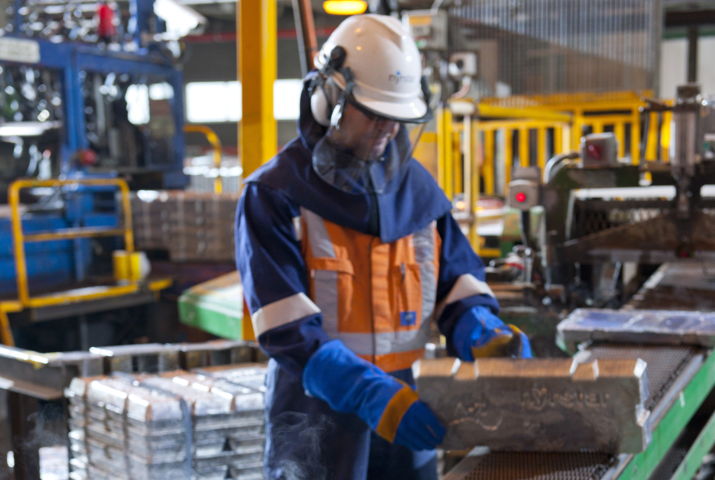 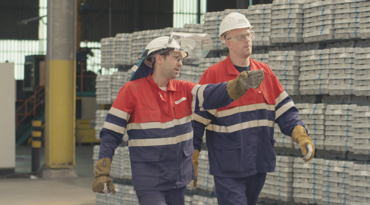 Operations
Go to page
material safety data sheet technical data sheet
What are you searching for?