Nyrstar Australia’s Port Pirie smelter has been in continuous operation for more than 130 years, employing over 800 people and 300 contractors. The site is located on the Port Pirie River in the Upper Spencer Gulf, 230 kilometres north of South Australia’s capital city, Adelaide.

The Port Pirie plant is one of the world’s largest multi-metal smelters, producing lead, silver and by-products such as sulphuric acid.

There is an adjacent dedicated port facility where concentrates are received, with final products dispatched by road and rail. Port Pirie is strategically linked to the Hobart smelter through flows of by-products such as paragoethite and leach products.

More information about Port Pirie can be found here

Nyrstar continually invests in environmental projects, including commencing construction of a AUD23 million, 6,850 square metre product recycling facility at its Port Pirie plant that will significantly reduce lead-in-air concentrations measured in the local community. The product recycling facility will build upon a range of plant and process improvements that Nyrstar Australia has made in recent years to address the different factors contributing to lead in air concentrations.

The facility will be sealed and under negative air pressure, allowing intermediate materials used in the production process to be stored and mixed in an enclosed facility, thereby reducing the potential for losses of lead-bearing dust from the plant into the atmosphere.

Additional environmental benefits include an annual reduction of 2,142 metric tonnes of CO2 and other gases impacting climate change. This is aligned with Nyrstar’s global greenhouse gas emissions reduction targets, which include a 30 percent reduction in operational emissions by the end of FY2023.

Nyrstar Port Pirie’s products are essential for the energy transition and a low carbon future.

﻿﻿Lead is a key component in the production of car batteries, pigments, solders, cable sheathing and radiation protection. It is also required in many sustainable products including hybrid and electric vehicles, photovoltaic panels and renewable energy storage.

Silver has the highest conductive properties and is vital to the production of photovoltaic cells. The automotive industry uses silver to produce membrane switches used for turning on and off a circuit.

﻿﻿﻿﻿Sulphuric acid is used by the chemical industry in the production of fertiliser, but is also important for mineral processing, oil refining, wastewater processing, and chemical synthesis. The chemical has a wide range of end applications, including domestic acidic drain cleaners, as an electrolyte in lead-acid batteries, in compound dehydration, and in cleaning agents. It is also an essential ingredient in the production of fibres, paint, rubber, plastic, steel and medicine.

Responding to the energy transition

Announced in December 2021, Trafigura and Nyrstar Australia are developing plans, with the support of the State Government of South Australia, to develop a commercial scale green hydrogen production facility. The Port Pirie Green Hydrogen Project will be integrated into Nyrstar Australia’s metals recovery smelter at Port Pirie, utilising existing infrastructure to accelerate the development of green hydrogen capability faster than would be possible at a new greenfield site. The project will form the cornerstone of a new green hydrogen precinct that will benefit local businesses and support the decarbonisation of transport and industry.

At an estimated design and construction cost of AUD750 million, the project is to be developed in a phased manner. Initially producing 20 tonnes per day of green hydrogen for export in the form of green ammonia, the full-scale plant will produce 100 tonnes per day of green hydrogen at full capacity from a 440MW electrolyser enabling it to meet both export and domestic supply needs. The oxygen created in the production of hydrogen will be utilised by the Nyrstar Port Pirie smelter. Trafigura will source 100 percent renewable energy to provide the electricity needed to run the project’s electrolyser, which will also contribute to decarbonising the existing smelter’s power demand.

The AUD5 million Front End Engineering Design (FEED) study jointly funded by Trafigura and the South Australian State Government is currently underway with a final investment decision expected by the end of 2022.

If approved, construction will commence in 2023.

The ﬁrst smelting operations commenced at Port Pirie in 1889 and a long history of smelting has followed. The Port Pirie community is extremely parochial about the smelter with generations of the same family often having worked at the facility.

The community and the smelter are intrinsically linked. Nyrstar is committed to reducing its environmental footprint and has a strong focus on reducing emissions from the site. For numerous years the site has worked proactively with key stakeholders developing and implementing community initiatives that reduce exposure and improve community health particularly with young children (www.tlap.com.au﻿).

Nyrstar Port Pirie provides the community with information about our environmental plans and performance consistent with our commitment to transparency through regular ongoing reporting on this website.

Nyrstar Port Pirie on the map 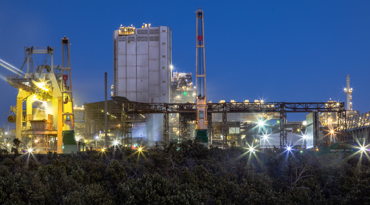 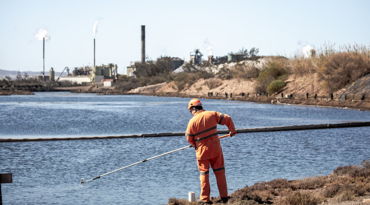 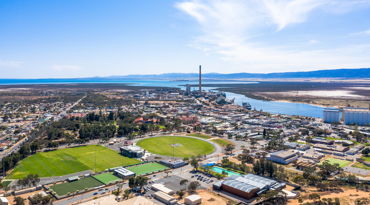