Trafigura announced to invest up to 30 million euros to develop a Battery Energy Storage System ("BESS") at Nyrstar's Balen site in Belgium.

Geneva, January 6, 2021 – Trafigura Group Pte Ltd (“Trafigura”), one of the world’s leading independent commodity trading companies, has today announced the first live project by Nala Renewables, its newly formed joint venture company with IFM Investors. An investment of up to EUR30 million will be made to develop one of Belgium’s largest Battery Energy Storage Systems ("BESS") at Nyrstar’s zinc smelting facility in Balen.

Construction of the Balen BESS project is planned to start during the first half of 2021 following permitting approval, with completion in 2022. Utilizing Lithium-ion battery technology the 100 MWh battery project will be able to store 25 MW over four hours. The BESS system will provide grid stability and balancing services for the Belgium grid, as well as help shift renewable energy production into high energy demand periods.

Nala Renewables identified this project as the first of many others being analysed in Belgium and in further countries with the goal to provide services to the electricity network and contribute to the overall transition to renewable energy. This also aligns with Nyrstar’s renewable energy strategy.

Julien Rolland, Head of Power and Renewables Trading for Trafigura said: “Efficient energy storage has a critical role in the low-carbon economy. Weather-reliant renewables, such as wind and solar, generate energy intermittently. This needs to be combined with high-capacity energy storage and rapid-release systems that can be used to align peaks and troughs in power generation with changing patterns in demand. Projects located on land associated with Nyrstar’s smelting operations are an early focus for Nala Renewables, with similar concepts being formulated for other assets, such as Puma Energy’s Puerto Rico facilities and the MATSA mine in southern Spain.”

Nyrstar’s CEO Daniel Vanin commented: “We collaborate with partners who help make the shift towards more green energy and climate actions. In this case we are keen to use the expertise and facilities we have at Nyrstar Balen to enable the connection between the Battery Energy Storage System and the Belgian grid. It is an excellent fit with Nyrstar’s continuous move towards a sustainable operation. Our zinc smelters are among the most energy efficient in the world and we already collaborate in large solar panel projects and meaningful wind energy projects in many of the countries where we operate.”

Nala Renewables was formed in 2020 by Trafigura, majority owner of Nyrstar, and IFM Investors with the aim to invest in a series of solar, wind and power storage projects globally. Over the next five years, Nala Renewables aims to build a portfolio with total generation capacity of two gigawatts from renewable sources, enough to power two million households. This will avoid up to two million tCO2e in greenhouse gas emissions when compared with fossil fuel-based energy sources for electricity.

Nyrstar is a global multi-metals business, with a market leading position in zinc and lead and growing positions in other base and precious metals. Nyrstar has mining, smelting and other operations located in Europe, the United States and Australia and employs over 4,000 people. The company’s global operations are located close to key customers and major transport hubs to facilitate delivery of raw materials and distribution of finished products. In August 2019, Nyrstar’s operating business became majority owned by Trafigura, a market leader in the global commodities industry, providing a stable long-term platform for its marketing leading operations worldwide. Visit www.nyrstar.com.

Founded in 1993, Trafigura is one of the largest physical commodities trading groups in the world. Trafigura sources, stores, transports and delivers a range of raw materials (including oil and refined products and metals and minerals) to clients around the world and has recently established a power and renewables trading division.

The trading business is supported by industrial and financial assets, including a majority ownership of global zinc and lead producer Nyrstar which has mining, smelting and other operations located in Europe, Americas and Australia; a significant shareholding in global oil products storage and distribution company Puma Energy; global terminals, warehousing and logistics operator Impala Terminals; Trafigura's Mining Group; and Galena Asset Management.With circa 850 shareholders, Trafigura is owned by its employees.

Over 8,500 employees work in 48 countries around the world. Trafigura has achieved substantial growth over recent years, growing revenue from USD12 billion in 2003 to USD147 billion in 2020. The Group has been connecting its customers to the global economy for more than two decades, growing prosperity by advancing trade. Visit: www.trafigura.com 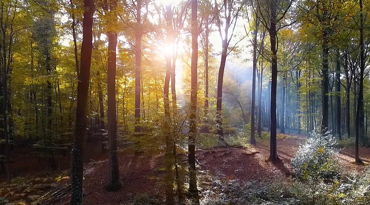